The Profit Making Power of Simplicity 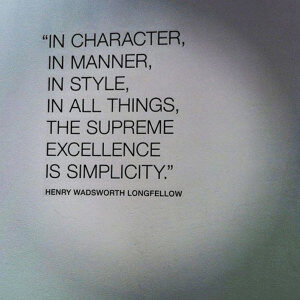 I have a friend, whose business requires that he make prospecting calls.

Rather than just getting a list of prospects and getting on the phone. He spends his time looking for ways to automate the process.

He is also afraid of what his prospects will say, so he sends emails before he makes his calls. In fact, he sends so many emails, that he never gets around to making calls.

He does just about everything he can to avoid picking up the phone. Then he spends his time complaining that there are no prospects for his business.

I have another friend, who grabs a list, any list, and just picks up the phone and contacts people. Guess what, he is at the top of the charts in his company.

Which approach do you take? If it’s the first, I promise you if you master the basics of your business and keep it simple, you’ll soon see your profits soar.

In the next time management article, Have a Big Picture Focus – Ignore the Small Stuff, you’ll learn how to eliminate unnecessary distractions and achieve bigger goals.

I hope you found this article to be informative and helpful, if so please share it on your social networks and add your comments and suggestions below.